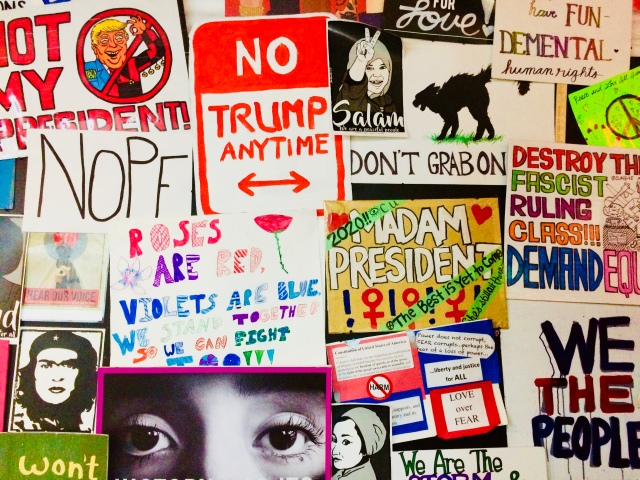 After decades of journalistic broadcasts, it’s no surprise that “breaking news” has had its occasional cracks, but now, with the widespread advancement of “fake news,” real media has started to crumble.

2017 has welcomed us with shocking new vocabulary. Who in 2016 would have predicted the emergence of “alternative facts?”

There is no such thing as a substitute truth, but although the words hold no real weight, they have still made a significant impact on the media.

Fake news is becoming expected, leading to the questionability of journalistic endeavors.

From newspapers to broadcasts to late night sitcoms, journalism has altered according to the public’s interests. Inevitably, people are attracted to comedy, but this draw towards entertainment has often forced  journalists to choose between factual and striking content – and unfortunately, the latter has become increasingly prevalent.

While it is important to be skeptical of outlandish headlines and not blindly soak in information, it is equally important not to assume every statistic is false.

Because phony media organizations have taken to creating fake news, the public’s faith in media has plummeted. According to the Pew Research Center, only about 22 percent of people have significant trust in their local news organizations.

The misconception is that the more fake news sources are produced, the more corrupt regular media is becoming. The general public fails to see the distinction between real journalism, which strives to reveal truth, and phony journalism, which purposefully manipulates information to tease the viewers.

Legitimate journalists are in their field because they love and know how to research and report about current events. It is not fair to attribute the malfunctions of fake media to all news publications.

Even without the defective influence of fake news, people are swayed to judge the media according to their own bias.

It all just depends on the perspective of the viewer and what current events are going on at the time. Often, a reader will fixate on one article that presents a viewpoint contradictory to their own, and even if the story is completely unbiased, the reader will  maintain the news source is unreliable simply because they are not hearing what they want to hear.

Although not representative of every news source, The Granite Bay Gazette’s experiences can reflect much of what is happening to journalists nationwide. Each month, The Gazette goes through an intricate process of evaluating and researching articles that we believe will unfold into interesting stories, collecting information from studies, interviews and other credible sources.

Still, The Gazette has received critiques of being “overly feminist,” and, almost humorously, “too controversial.”

Recognize that there is a difference between presenting well-analyzed, intriguing reports and assembling headlines solely to catch one’s eye. If you come across questionable data, fact check. Look for reliable sources to verify the information, but do not assume all statistics reported by the media are inaccurate.